Model No.: Depend on Customers

Packaging: Depend on Customers

The chemical and physical properties of Niobium are similar to those of Tantalum, making it difficult to distinguish the two. In 1801, the British chemist Charles Hachette announced the discovery of a new element similar to tantalum and named it "Columbium" (ke). In 1809, the British chemist William Hyde Wollaston mistook tantalum and (ke) for the same element. The German chemist Heinrich Roze concluded in 1846 that there was indeed another element in the tantalum mineral, which he named "Niobium" (niobium). A series of studies conducted between 1864 and 1865 finally confirmed that niobium is the same element as gallium and is a different element from tantalum. Over the next century, both titles are widely used. Niobium became an official nomenclature for this element in 1949, but the United States still uses the old name "ke" in metallurgical literature to this day. 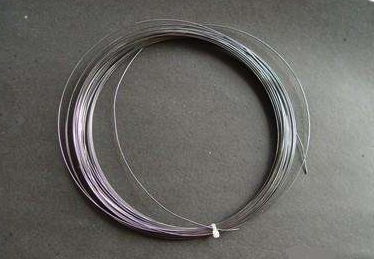 Looking for ideal Dia 1.7 Niobium Wire Manufacturer & supplier ? We have a wide selection at great prices to help you get creative. All the Anodised Niobium Wire Uk are quality guaranteed. We are China Origin Factory of Platinized Niobium Wire Anode. If you have any question, please feel free to contact us.

Mr. Bruce DAI
What can I do for you?
Contact Supplier